I know it’s inevitable. Every author gets their share of bad reviews. You know, those one-star postings and half-baked opinions of “chosen” readers, indicating that you, as an author, haven’t got a clue how to write a simple phase, how to plot a mystery, or create a believable story. Obviously, we can’t all be as talented as Agatha Christie, John Steinbeck or F. Scott Fitzgerald. We’re simply members of the Homo sapien writing tribe with more than our share of weaknesses, imperfections, and fragile reactions. Quite often, we find ourselves typing non-stop for days on end, allowing trapped emotions and caged creativity to escape in equal portions. We offer ourselves up to the world’s judgment, begging for acceptance—for someone to see the merit of our artistic efforts. But then it happens in an instant, even to the best of us. Critics and wannabe writers take careful aim, releasing venomous words, killing a novel purely for the pleasure of doing so.

I understand that not everyone appreciates the written word and the painstaking effort that goes into fully developing an idea. However, for an author, it’s tedious, time consuming work, and the act of writing can become an obsession in the art of perfection. Every word, scene and character on the page has value, and the ability to bring a story full circle can feel like a miraculous achievement at times. And yet, a single insult has the ability to take down not only an individual’s self-esteem but also their ability to write…at least for the time it takes to recover.

The solution to this madness? I’ve been told the most powerful action you can take to neutralize your brain’s wiring is to prove it wrong.  Your brain fears being cast out of the “qualified” author circle, so calm it by connecting to your personal tribes—family, friends, other struggling writers. See brain? I’m not being thrown to the dingos—I have love, talent and the ability to carry on. Once the brain calms down, you can use reason and logic to center yourself. You can also talk to authors who have drifted in the same boat, bordering on the brink of despair.

Writers, like myself, fall into two groups. Those who bleed copiously and visibly at any bad review and those who hide their reactions well. Usually, I fall into the second group, holding my breath and looking away until the shock value wears off. But when a new book is released, it becomes a balancing act between elation over great reviews and irrational anger for the vicious ones. Some of Stephen King’s latest novels received up to 500 one-star and two-star reviews on Amazon. Was this done out of spite for his success as an author or simply a way to demonstrate powerful opinions?

Book stores are packed with best sellers that have a lot of bad reviews. Prove it to yourself. Do this: Go to idreambooks.com, the “Rotten Tomatoes” of the book world. They aggregate book reviews from important critics like the New York Times and rank best selling books according to the percentage of good reviews they received. Notice anything? Almost all the best selling books have a significant number of bad reviews. Imagine that.

Now think about this. How much could bad reviews affect sales if they’re all best sellers? I’m not ignoring the aftermath of cruel intention—bad reviews are undesirable. But they’re not necessarily the deal-breakers you think they are. Well, that’s what I continue to tell myself anyway. And even more interesting…bad reviews can actually help sell books.

What do you think of a book that has nothing but five-star reviews? I don’t know about you, but I’m a bit suspicious. Just like restaurant reviews, if you see nothing but 5 stars, I’m thinking the author or restaurant owner got all his friends, family and associates to write the vast number of reviews, delving out glowing praise. In a twisted way, bad reviews give a book legitimacy because their very presence indicate that the good reviews must be genuine. Right?

Well, I have to admit that all this venting has helped a wee bit. The sting of the cursed one-star review has eased a bit, and I’m reminded that the toughest critics are often the worst writers. That’s why they criticize, don’t you think? So now it’s time to laugh, enjoy a glass of wine, and move on until the next zinger comes along, and then maybe I’ll have the commonsense to look away. 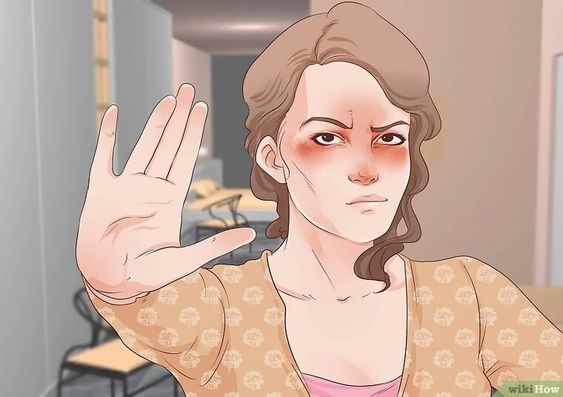 Tough love is a hard and sometimes sad road we must walk down as parents when facing disruption in our families. It is a process we use when we need to step away from control or stop our desire to help a loved one who has become too dependent on drugs and alcohol or when this individual simply needs a huge wake up call because they are self destructing their own life or destroying the mental wellbeing of other members of your family.

The dependent one is shown that he needs to take charge of his own life. Tough love can be “sink or swim” and can be heart-wrenching situation to endure. But when the swimmer rises from the depths of his dependence and becomes fully his own person, it is a win-win for both individuals.

So what do you do when you find yourself stuck between a rock and a hard place with someone you love? How do you take two steps backward to help them bounce forward? After doing a bit of research, I discovered how to use tough love on your loved ones, and yourself, to help them change their lives for the better.

1) Let go of your needs and wants.

Sometimes we want something very badly for another person. We think we know what they need and what will make their life change for the better. But most times we are enabling the dependent in our relationship.

Learn to let go and let your dependent figure things out themselves. It can be hard, but focus on you and let them find themselves.

3) Do not fall for the victim story.

Everyone loves a great drama or a sad sob story. Do not fall for it. Listen open heartedly and learn to separate your head from your heart.

A sob story is a manipulative way of trying to get negative attention. You want the dependent to become their own hero, so don’t allow them to be their own victim by falling for the story.

4. Don’t do for anyone what they can do for themselves.

Plain and simple! Unless this is an elderly adult or a young child, do not do more than what you need to do in your relationships. Trying to do everything for someone else who is capable is only destroying your own energy levels, confidence and can possibly deplete your bank accounts.

If someone is physically and emotionally capable of doing a task, let them.

Seek professional help if you cannot learn tough love or are having difficulty stopping your enabling practices. When you want the best for someone, learn to walk away and get help. Like the old adage says, you can lead a horse to water but you cannot make it drink. Only you can find an oasis and enjoy!

So when you are sick and tired of worrying about someone else day in and day out or find yourself disheartened by their angry attacks, try tough love but also try self love and you’ll find yourself regaining your sanity along with your personal happiness.

If you don’t live your days by goals and plans, chances are you spend most of your time caught up in a flurry of day-to-day activities and self-imposed obligations that you can’t seem to complete, no matter how hard you try. Do you ever feel that your days are passing you by without any tangible output to speak of? What did you accomplish in the past 3 months? What are your upcoming goals for the next 8 months? Look at the things you did and the things you’re planning to do next — Do they mean anything to you if you were to die today? Having a bucket list reminds you of what’s really important so you can act on them.

Even if you frequently live by goals or to-do lists, they are probably framed within a certain social context e.g. performance, career, health. A bucket list opens up the context. It’s a forum to set anything and everything you’ve ever wanted to do, whether it’s big, small or random.

It’s just like planning ahead all the highlights you want for YOUR whole life. 😀 Even though goal setting is already my staple activity, I still found many new things to do while I was writing on my own list. It was an incredibly insightful exercise. What’s more, coming up with my list gave me a whole new layer of enthusiasm knowing what’s in store ahead!

The whole point of creating your list is to maximize every moment of our existence and live our life to the fullest. It’s a reminder of all the things we want to achieve in our time here, so that instead of pandering our time in pointless activities, we are directing it fully toward what matters to us. So with this in mind, here is my current bucket list. Things that I long to do before taking my last breath:

Do you have a bucket list? A collection of dreams you’d like to turn into reality? As I’ve learned after losing wonderful people to diseases and tragic accidents, life is much shorter than we imagine, so don’t wait too long to act. Find ways to make yourself happy and to push yourself beyond your limits and comfort zone. The memories you’ll be left with are the material stories are made of, whether they be written down or told time and again.