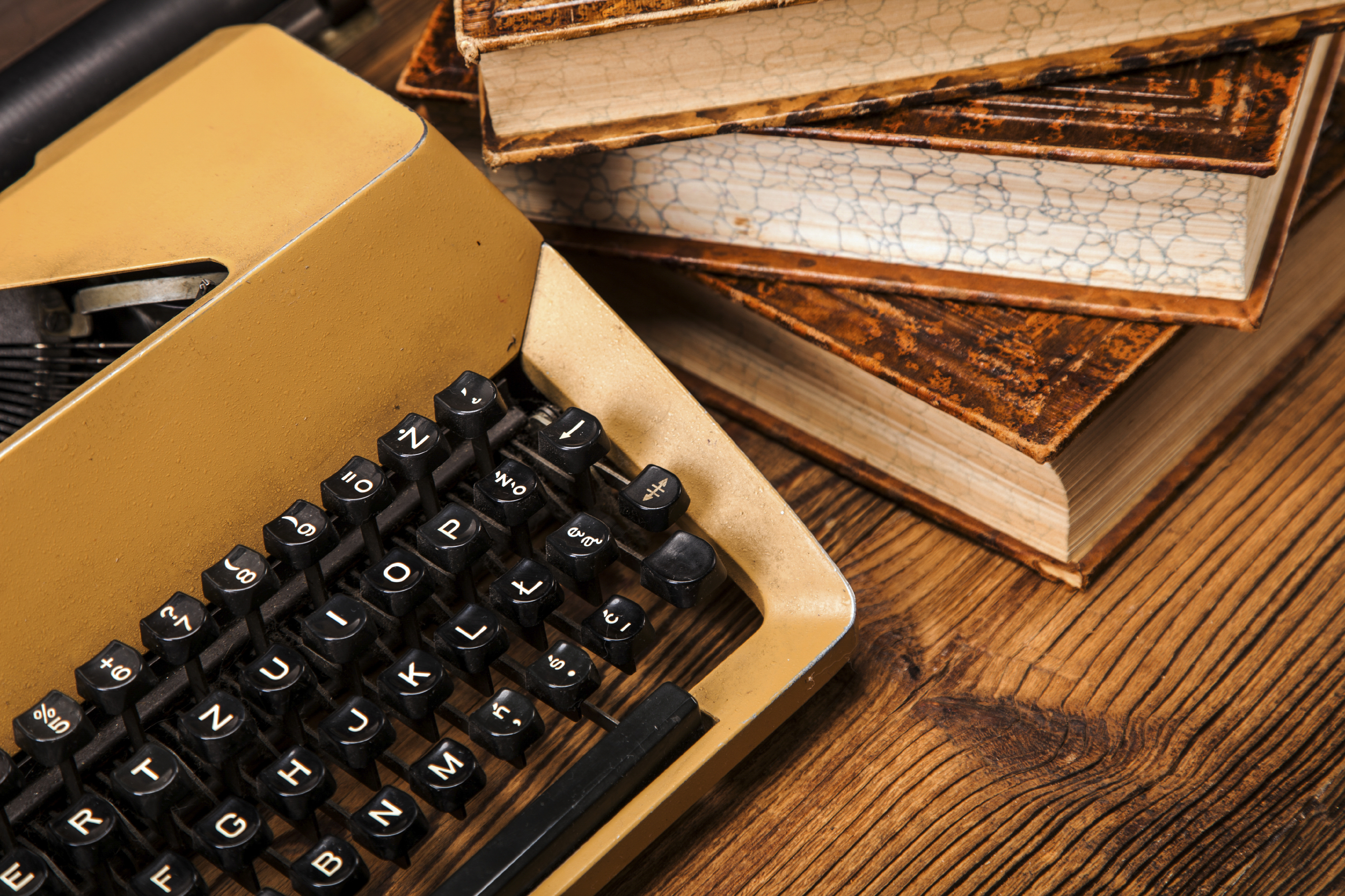 A lone figure stood in the estuary lookout nestled in the trees above the North Sea on the Holderness Coast, waiting with restless anticipation as Gwen Gallagher approached the cliff’s edge. A quick adjustment to the night- vision binoculars allowed the watcher a closer view of the twenty-eight-year-old secretary as she savored the last autumn sunset she would ever see. The crisp, cool air picked up speed, leaving her long black hair sailing like a ghostly pirate’s flag behind her. It lifted the hem of her black skirt slightly, exposing her white, shapely legs and black suede booties to the wintry elements. Her blue eyes sparkled as they swept across the landscape, appraising the beauty surrounding them. She raised her chin toward the darkening sky and smiled, obviously believing the note she had received, inviting her here, had come from her married lover.

As Gwen moved even closer to the edge, the watcher took a deep breath. All that remained between this ludicrous woman and the vividly blue ocean was two meters of solid rock. From the lookout vantage point, there was barely enough light to confirm that she was staring down at the tossing sands and churning water, mesmerized by the early evening breeze. All it would take was one push, and she would feel the rush of wind through her hair and see the crystal-blue sea one last time as she slammed headlong into the jagged rocks.

Interested in reading my latest release and providing your honest to goodness review? Much-anticipated Banished Threads – the third book in my Threads series, featuring treasure hunters and adventure seekers Rachel Lyons and Chase Cohen, will be coming to Amazon, B&N and independent book stores this spring (Creative Edge Publishing LLC, March 20, 2016). If you’d like to receive an advance copy, please let me know and I’ll try my best to accommodate the hosts of review sites willing to spread the word.

Book Summary: While vacationing at the Cumberforge Manor in Bellwood, England, Rachel and Chase attend an elegant dinner party hosted by her uncle, Paul Lyons, and his aristocratic wife, Sara. Before the evening ends, a priceless collection of Morris Graves’ paintings are stolen from her uncle’s popular gallery, throwing all suspicion onto his wife’s troubled granddaughter Sloan, and turning Rachel and Chase into crime-stopping sleuths. Determined to clear Sloan’s name and, in the process, win Paul’s favor, Chase scours the countryside looking for answers. In his absence, the police accuse Rachel’s uncle of an unsolved murder and secrets surrounding her grandmother’s death and the deaths of Sara’s former husbands turn his wife into the most likely suspect.

With the true villains hell-bent on destroying Paul and his family, solving both crimes while ensuring her uncle’s freedom not only endangers Rachel’s life but that of her unborn child. Will Chase save them before the kidnappers enact their revenge or will the ultimate price be paid, as predicted by a vagabond fortuneteller?

Read the book to find to out! Send your request for Banished Threads to Kaylin@kaylinmcfaren.com.

The saga of Chase Cohen and Rachel Lyons continues in book three of the Thread Series! The inimitable treasure-hunting business partners sail to England in the hope of asking Paul Lyons, Rachel’s uncle, for his blessing. Rachel, on the other hand, is not only dealing with morning sickness atop thoughts of her soon-approaching marriage, she is also riddled with a flurry of “what-ifs.” Chase’s relationship with Paul is rocky at best. Yet that pales in comparison to the serious family issues—more like skeletons in the closet—that are at stake in the Lyons household, especially when Sloan, Paul’s step-granddaughter, and Rachel are kidnapped.

Mistress storyteller and award-winning author Kaylin McFarren spins another action-packed adventure shrouded in mystery in her latest sequel. McFarren opens with a supposed tryst that morphs into an unexplained death. Grabbing her audience’s full attention, McFarren quickly shifts gears to the emotional and sexual tension brewing between Chase and Rachel, her two featured characters. Critical to McFarren’s writing style is how she slyly weaves in an array of colorfully complex characters—many of which function as foils for the purpose of building her dynamic cast—while undergirding her story with themes of the lovers’ anxiety and their unfolding relationship. Equally critical is the inclusion of a handful of supportive characters that play distinctive roles in the development of both the storyline and series.

Lightly punctuating her third person narrative with omniscient viewpoints, McFarren provides readers with windows that take snapshots into her character’s thought processes and inner turmoil, especially when she places them within life-threatening scenes. Although the bulk of her story is grippingly fast-paced, McFarren keeps readers engaged by throwing in a variety of sexual scenes that range from steamy to downright disturbing, as well as off-the-wall unexpected moments. Great “unexpected” examples include Chase inadvertently overhearing a sexually skewed hypnotic session and artistic representatives attending a posh dinner with bags on their heads, just to name a few.

Amid chapters replete with alternating character scenes, plenty of un-clichéd scenes, and romance—all set within suspenseful environs, McFarren’s tale would be incomplete without the infusion of a bit of history. Inspired by her love of the arts as well as owning and operating her own art gallery, McFarren aptly sprinkles in elements of art, giving particular attention to the works of the eccentric abstract painter Morris Graves. Also of interest is the way she portrays aspects of London, such as the infamous Soho district.

As with Severed Threads and Buried Threads, book three closes on a cliffhanger—one that indubitably will keep readers on edge anticipating its sequel. Well written and absolutely enthralling, Banished Threads is a wonderful addition to McFarren’s award-winning series!

With news of their successful venture spreading, Rachel Lyons and her deep-sea diving crew accept an international contract involving a lost sacred treasure in the Sea of Japan. Arriving in Tokyo, she and her partner Chase Cohen soon realize they’ve been misled and their salvage project is more complex than they originally believed. In the midst of breaking their agreement, the Buddhist monk who hired them turns up missing. In order to rescue him from certain death, Rachel must depend on her governed intuition, form an alliance with one of Japan’s most feared mafia leaders and convince her partner to dive into shark-infested waters to search for the elusive Heart of Darkness.

While enjoying a much-earned vacation in England, Rachel Lyons and Chase Cohen are introduced to a secret mystical society by her jet-setting uncle and shortly after, a collection of priceless Morris Graves’ paintings turns up missing. Drawn into the mystery, the lovers and their salvage crew members take up residence at the Lyons’ stately manor. However, acquiring the cooperation of locals and the Fraternal Brotherhood seems improvable, convincing Rachel to end their involvement – until she discovers the secret her uncle has been harboring for years.
Be sure to pick up your copy of Severed Threads at Amazon.com, Barnes & Noble or Powell’s Bookstore and enjoy the continuing saga!
Kaylin
Loading Comments...